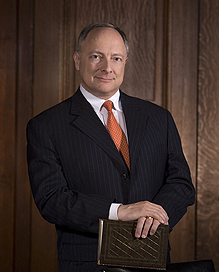 Rob started his career as a litigation associate at the Miami law firm of Rice & Reiser. After moving to Philadelphia in 1986, Rob spent three years at Astor, Weiss & Newman, where he was a business litigator. From 1989 through 1997, he honed his bankruptcy and litigation skills at Adelman Lavine Gold & Levin. In 1997, Rob was recruited to be the head of the Creditor’s Right Department at Abrahams Lowenstein Bushman & Kauffman. After three years, Rob joined one of Philadelphia’s oldest and most respected law firms, Montgomery, McCracken, Walker & Rhoads, where he served as vice chair of the firm’s Bankruptcy Practice Group.

Rob is rated AV®, by Martindale-Hubbell’s Peer Review Rating which is the highest rating a lawyer can receive.

Creative, practical problem solving,
to protect you and increase your success.